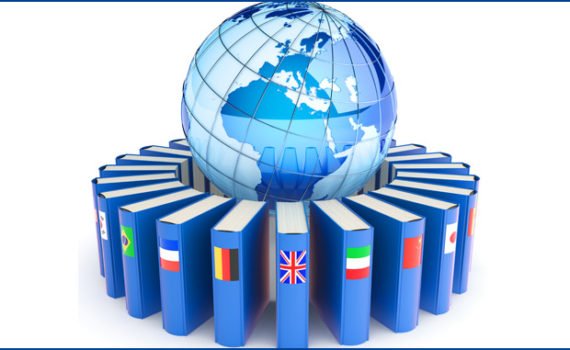 This article originally appeared on Bookbaby.com

You’ve heard the phrase “content is king,” but it’s time to revise that to “distribution rules,” which is why you need to publish your book internationally.

More than any other book/publishing conference I attend, London Book Fair is a truly international affair, lending readers the opportunity to meet and talk with authors, agents, and publishers from all around the world.

If you’ve attended the conference in the past, you might have heard echoes of a sentiment first uttered by Microsoft’s Bill Gates that has been embraced in the publishing world: the idea that when it comes to publishing, “Content is king.”

It was in the early days of the Internet when Gates expressed this idea, and that line of thinking paid off for him. And there is a lot of truth in it: great stories are a big part of what sell books. That will always be the case. But as I prepared to represent BookBaby at 2018’s London Book Fair, knowing what I’ve learned about the new world of publishing, I offered an updated version of Gates’ guiding principle: Distribution is king.

Some have likened the concept of distribution as the “queen” to Gates’ “king” content, but I’m of the mind that these roles should be reversed.

Call it what you want — transmitter, network, bullhorn — distribution is the vital infrastructure that broadcasts authors’ messages. Without distribution, there is no discovery , no matter how brilliant the content.

Many authors still don’t lend credence to this fact. They believe that as long as they’re on Amazon, people will find their book. But that just isn’t true. For one thing, Amazon commands only a portion of US readership, let alone worldwide readership. And getting your book in the hands of readers who aren’t on Amazon and don’t live in the United States is becoming more and more paramount.

And while eBooks may have plateaued in the US, other countries around the world have embraced the technology. Tons of emerging nations, beginning with China — which now boasts the largest middle-class population in the world — are using their phones in ways that Americans don’t. They’re using it as a bank. They’re using it to conduct transactions. And, above all, they’re using it to read books.

In fact, in some countries, people can only read using their mobile devices. They don’t have bookstores and publishers don’t have the opportunity to sell print, either. Digital reading mechanisms have become the preferred medium for distribution. In some cases, they’re the only formats readers have ever been familiar with.

One of the reasons authors choose BookBaby is what I term our “books without boundaries” approach to retail store distribution. We’ve been at the forefront of printed book and eBook globalization, supporting the rise of digital publishing throughout the world.

The physical logistics of print books didn’t allow self-published authors to reach such widespread international audiences, but digital truly changes everything. It is called the World Wide Web, after all.

We’ve placed tens of thousands of books into Amazon, iBooks, Google Play, Kobo — all the major players — but eager readers can now find our authors’ books in stores such as the German eBook giant Ciando, the UK’s Gardners, and eSentral with its stores in Malaysia, Singapore, and Indonesia.

The reason why we do this is that it’s so inherently valuable to sell your book internationally. In fact, the international English-language eBook market will soon surpass the US market. Some numbers shared by the eBook Bargains UK (EBUK) newsletter illustrate this point.

Sampling EBUK, you can see there are upwards of 75 million English speakers in the Philippines, over 40 million English speakers in Germany, 30 million in Bangladesh, and tens of millions in countries like Egypt, Turkey, and Thailand. In just India, Pakistan, and Nigeria alone, the number of English speakers exceeds the entire population of the United States. A very conservative estimate puts the number of English speakers outside the US at around 750 million, and that figure doesn’t include the UK (60 million), Australia (20 million), New Zealand (4 million), and Canada (25 million). To reach all these readers, authors need to make sure their books are available in the leading stores in each country.

The publishing world still operates in a primarily US-centric, Amazon-centric fashion, but we at BookBaby have seen the value of redesigning that focus. As of this year, almost 50 percent of our authors’ sales came through stores other than Amazon, and we anticipate our largest area of growth in the eBook market to come from emerging nations.

Another 2017 study revealed that about 33 percent of the population preferred eBooks to print books — up from 25 percent as recorded in 2015.

At the end of the day, everyone on the planet has the potential to create eloquent, even life-changing, content. But without an audience — or, more precisely, without the right means of reaching that audience — that content will never be fully appreciated.

Which is to say, the key to availing your book to the largest possible audience is international distribution. Sorry, Mr. Gates.

Join Steven and a host of great presenters, speakers, and exhibitors at BookBaby’s 2018 Independent Authors Conference, November 2-4 at The Sheraton Philadelphia Society Hill Hotel in Philadelphia! The Independent Authors Conference is the only writing conference dedicated to helping independent authors publish successfully. Register now! Don’t miss this opportunity to listen and learn from some of today’s leading self-publishing experts!