by The Book Professor | Jun 12, 2020 | Book Coach, How to publish a book, How to write a book, Nonfiction Writing, Published Authors & Books, Self Publishing, Writing Nonfiction | 0 comments 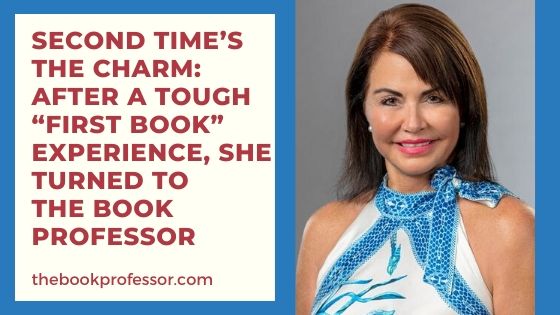 After a tough “first book” experience, Dr. Kathy Maupin turned to The Book Professor® for help with the second volume.

Dr. Kathy Maupin spent 30 years in obstetrics and gynecology before midlife health challenges set her on a new course.

After a hysterectomy at age 47, Maupin underwent hormonal shifts that threatened her physical and mental health. She turned to bioidentical hormone replacement therapy, which saved her health, happiness, family life, and more. The power of hormone replacement therapy hit home for her, and she approached her postmenopausal patients with a new understanding of their health challenges.

Inspired to reach more patients with her message, Maupin wrote a book. She and coauthor Brett Newcomb, a St. Louis-based family therapist, published The Secret Female Hormone: How Testosterone Can Change Your Life in 2009. They wanted to raise awareness among women of the benefits of hormone replacement therapy.

But from start to finish, Maupin says, the process was a slog.

The book took four years to write—four years of decisions over what to include and exclude, four years of drafts and rewrites as they struggled to organize their message. It drained and exhausted them.

Once they finished the manuscript and handed it to their publisher, Maupin and Newcomb retained little control over the edits. Maupin had written a chapter on the scientific evidence behind hormone replacement pellets. Most of her clients had heard of or experienced the too-good-to-be-true claims of less reputable providers in the wellness industry. “Patients have been fooled before and don’t want to be fooled again,” Maupin says, and she insisted that the book needed this chapter. The publisher disagreed and cut it.

Despite the frustrations with drafts and editors, the book release brought a new boom for Maupin’s business. As new clients piled in the door, she noticed an interesting trend. Many women brought their husbands, brothers, fathers, and boyfriends along for advice about male hormone replacement. Maupin’s male clientele grew. She felt she’d stumbled on a need, and should write a second book aimed at men. Coauthor Newcomb agreed.

Once they began their draft, it was déjà vu all over again in terms of slow progress, discouragement, and difficulty organizing material. On top of that, they had to puzzle out how to write the same material to a different audience.

“I don’t want it to be a struggle this time,” Maupin remembers thinking. “I want this to be fun. I want to enjoy writing this.”

She wanted an expert to guide her through the process.

Enter Nancy Erickson, The Book Professor®. Maupin hired Nancy as her personal book writing coach, and she, Newcomb, and Nancy began work on a new book, titled Got Testosterone?

Right away, Maupin and Newcomb faced a dilemma. Got Testosterone? would have a different audience; men rather than women. Maupin knew how to appeal to female readers—she was one, after all!—but what would hold a man’s attention?

“Nancy helped us do things differently,” Maupin says. Drawing on her expertise in writing for different audiences, Nancy suggested several changes from the format of than The Secret Female Hormone:

Under Nancy’s direction, Maupin and Newcomb soon grew confident in their ability to switch gears to a male audience. 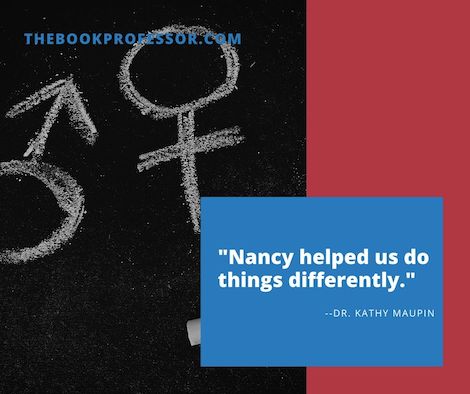 Maupin did not want to spend four years on a book again. Nancy’s proven strategies on how to write a first draft that works cut down on the time.

As part of her personal coaching program, Nancy gave out assignments and deadlines. Maupin and Newcomb would spend two weeks or so on each section and show their progress to Nancy according to deadlines. Maupin found the accountability factor helpful and doubts she could have managed such consistency on her own. Before her eyes, the two-week assignments began to coalesce into a manuscript.

Nancy also assisted the process as she weighed in on which author—Maupin or Newcomb—should write each section. As she worked with the pair, Nancy observed their strengths and areas of expertise. She offered her opinion on which author could explain each section with the most authority.

Nancy also proved invaluable for her advice on when and how to utilize scientific data.

Unlike Maupin’s previous editor, Nancy accepted Maupin’s explanation about the need for scientific backup in the book. She helped Maupin and Newcomb incorporate scientific data into the book, but in a digestible form. Instead of one chapter full of data, Nancy encouraged them to sprinkle data throughout the book in bite-sized chunks.

She screened the manuscript for scientific jargon that might confuse or annoy a reader. Often, Maupin hadn’t even flagged these words as “jargon” because they were so familiar to her and her daily work. “Nancy helped us translate something that I didn’t even pay attention to,” Maupin says.

For example, Maupin had used the term “gynecomastia,” which refers to an enlargement of breast tissue in males. The average reader, Nancy pointed out, has no idea what “gynecomastia” means, but they probably do know the slang term for it—man boobs! Maupin used the phrase “man boobs” to connect with what readers already knew of the condition, and offered scientific terms and explanations second.

Maupin and Brett finished Got Testosterone? in half the time it took to write The Secret Female Hormone.

“It felt great. It was so much better than the first book because it was very fast,” Maupin says of the process. Nancy helped her navigate the steps to publish the book independently, under Biobalance Health LLC. In March 2019, Maupin and Newcomb released the book.

Got Testosterone? has since garnered attention in several countries. Maupin receives emails from men across the globe who ask for advice on hormone pellet replacement. Though she can’t diagnose and treat them over the internet, Maupin helps them find specialists in their home countries who practice the same kind of treatment. Some readers decide to fly to the US to be treated by her.

“They come from everywhere,” she says. “[The book] has brought business credibility to BioBalance Health, and gotten our name throughout the world.”

Closer to home, Maupin made the rounds of radio interviews, blog interviews, and podcast interviews. She helps listeners understand that testosterone and hormone replacement are about so much more than sex. The treatment is about “staying healthy and free of disease” first and foremost.

This spring, Maupin got another happy surprise when Got Testosterone? won the 2020 Independent Press Award in the Men’s Health category.

“It was really surprising. It was like Christmas,” she says.

Maupin is thrilled at the results she got from working with The Book Professor®.

“Writing a book is much harder than it seems,” Maupin says, and notes that many experts who “author” books actually use ghostwriters for this reason. “If you want to write your own book, it’s not easy, and your chances of success are very low.”

With Nancy, though, “the business of writing the book was expedited.” Nancy even helped them with details they didn’t manage on the first book, like how to secure content and design for cover flaps. 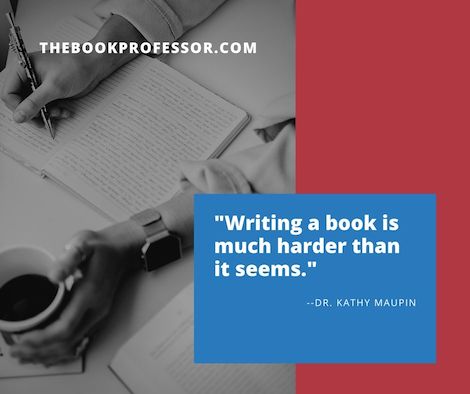 Do you feel overwhelmed at the thought of writing a book?

It’s natural to feel overwhelmed as you prepare to do something new, but don’t let fear kill your idea and your message. Don’t put off the book you want to write in the hopes that you’ll somehow feel more confident later.

At TheBookProfessor.com we cut through the confusion and break your project into manageable tasks. We will help you organize your ideas, tackle the process in steps, and take your manuscript from idea to completion.

Your message matters. You can do this. We can help.