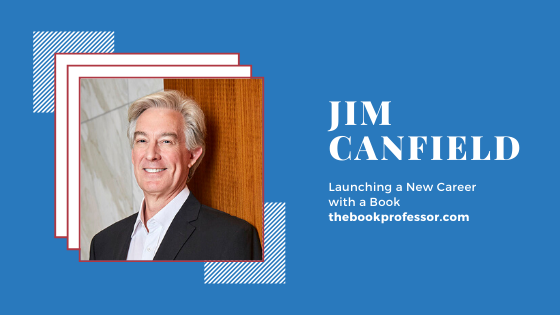 How an author rewrote a classic business book and changed his life.

Jim Canfield has spent much of his career helping business owners and entrepreneurs from diverse industries succeed. He’s done this through the facilitation and oversight of peer-to-peer CEO groups.

Through thoughtful engagement and listening, he had the opportunity to learn from the successes and failures of the leaders with whom he worked.

But he also learned about successful leadership from personal experience. Having started several businesses of his own, he said the biggest lesson he learned was that “leadership has to be malleable.”

Jim said, “Like a lot of CEOs building a company from scratch, I didn’t realize that, as a company grows, it needs a different type of leader at each stage of growth. I learned leadership had to be malleable. You always have to ask, ‘What type of leader does my organization need to grow?’”

And it was that malleability allowed Jim to grow his own businesses. One of his companies, in particular, was a collaboration with his brother. It proved successful because they leaned into their complementary skills.

Jim said, “I’m great at getting something off the ground. But we found my brother was a better leader when it came time to implement a distributed management system.”

This flexibility of thought permeates everything Jim does. Throughout his career, he’s learned to adapt to new situations, collaborate more effectively, and seize opportunities for himself when the way forward seemed closed.

One opportunity Jim always wanted to seize was to write a book that captured his knowledge. However, he had trouble getting it off the ground. Even though he had collected strong content, he didn’t know what story he wanted to tell to hold the book together.

Just like in his CEO peer groups, though, he found the way forward through the support of another leader. It began when Jim met Nancy Erickson, The Book Professor®, at an event.

Jim said, “What piqued my interest at first was that I could write methodically over a period in a group setting. For me, the creative process was always, ‘I’ll do it when inspiration hits.’ But I appreciate structure, and I believe in the power of a group. Groups can inspire us to do better.”

Jim started work on his book with the Group Coaching Mastermind. But a sudden shift in his priorities made him decide on a different course of action—and a much tighter timeline. 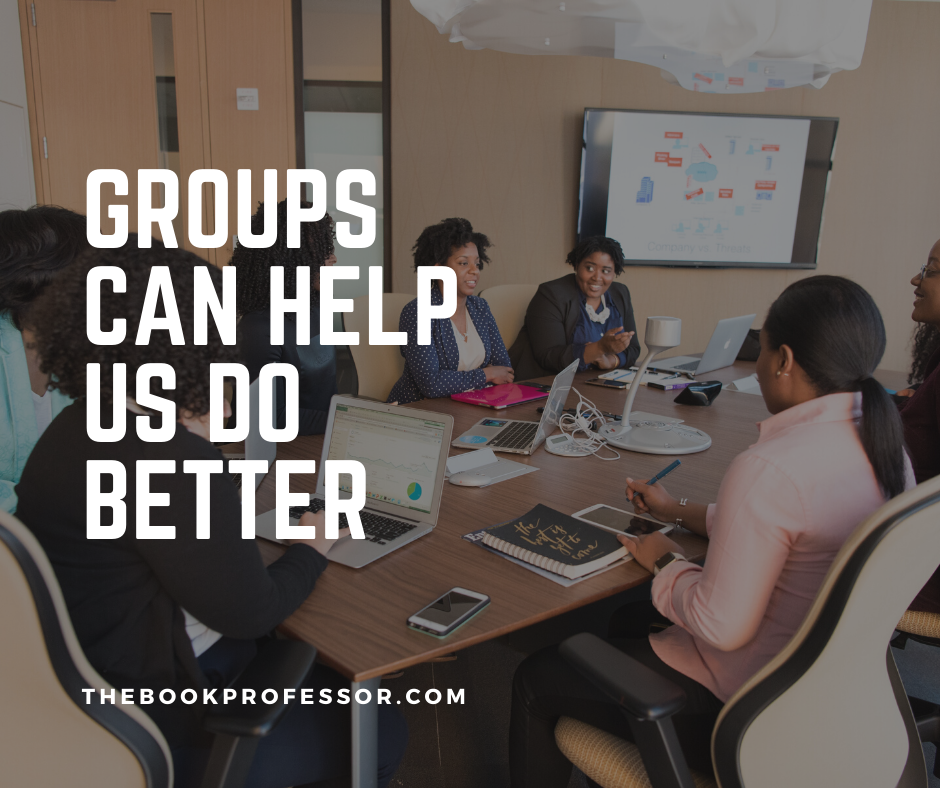 Time for a Change—and a Nonfiction Book

In 2018, while he was in the middle of his book with The Book Professor, Jim put in a bid to purchase the CEO peer-to-peer company he had run since 2006. Unfortunately, it didn’t work out.

Disappointed, Jim decided it was time to strike out on his own. He said, “I decided my future was better in my own hands than someone else’s.”

Jim wanted to build a new business that communicated the principles he taught CEOs, and he knew the best way to launch that business was through a book of his own. It was time to act quickly and complete a book he could leverage into a speaking career.

And he had a great idea to accelerate the process. His friend, Kraig Kramers, had written a book he loved called CEO Tools. Kraig had since passed away at the age of 72, and one of his fellow peer group members, Aprio, had purchased the intellectual property contained in CEO Tools.

Jim and Aprio CEO, Richard Kopelman, both wanted to perpetuate Kraig’s legacy—and at the same time give the book a fresh take. Kraig had written CEO Tools in a different era. Though the ideas were timeless, someone needed to update the book if it were to remain relevant. Jim wanted to do that.

Additionally, he knew if he wanted to teach Kraig’s principles in a way that would resonate, Jim would need to re-create the book. The new draft would need to reflect his own experiences, voice, and up-to-date research.

After he received permission to adapt the book, Jim went to Nancy in June of 2018 and said, “I need to change directions. I want to recreate CEO Tools, and I have two objectives for it. First, it needs to be done, and done well. Second, I’ll need to publish it in December. Would you take on a project like that?”

Nancy said, “Yes,” and they went to work. 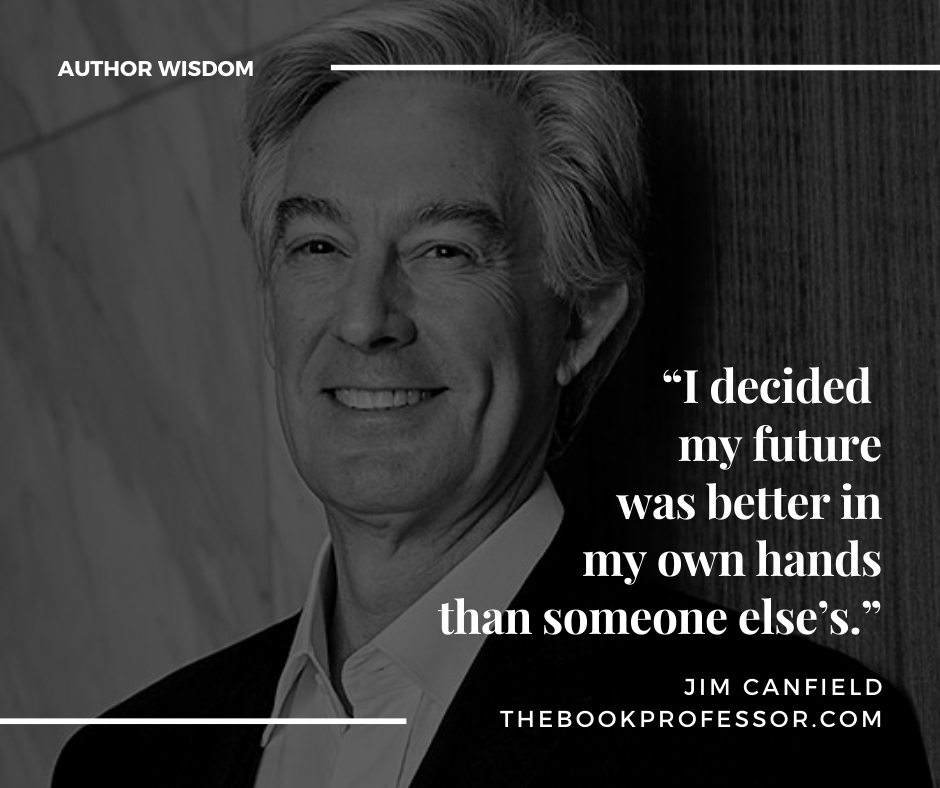 With their strict deadline, Nancy helped Jim create a schedule through all stages of her book-writing process to keep the project on target. To do this, the Group Mastermind would no longer work. Jim decided to hire Nancy as his Personal Book Writing Coach.

Jim said, “The initial problem I ran into was just staying on schedule—hitting my marks. I tried two different methods to get on track. At first, I wrote just a little bit each day. But I felt like I would get into a flow with a thought, idea, or direction, then not be able to finish it.”

So, Jim began to schedule one or two eight-hour writing sessions into his week.

He said, “I would tell myself, This is a writing day. I knew it was my only task. I’m a pretty structured person, so when I scheduled time to write, I’d get up and go! And all the time, I was tracking toward the deadline.”

The book itself demanded much of his creativity, and each chapter had to incorporate three separate elements seamlessly.

First, Jim presented Kraig’s concepts in his own voice with new anecdotes. Second, Jim created a story about a fictional CEO named Jack to illustrate the principles of the book vividly.

Finally, Jim wrote case studies from companies that exemplified the concept presented in the chapter. He included three types of companies:

One of the companies Jim featured in his book came through an introduction from Nancy Erickson. The CEO of that company was author Craig C. Hughes, a client of hers who wrote the book The Self-Driving Company.

After Jim and Nancy had created his BookMAPs®, the two developed a rhythm that allowed them to complete a little more than a chapter a month. During that time, Nancy would offer her feedback, and Jim would incorporate it quickly.

He said, “Nancy gave me three types of feedback. The first kind was what I’d call structural feedback. It’s when she would read something and say, ‘I don’t follow you here—flesh this out a little bit more.’

“The second kind of feedback was where Nancy and I would just have a difference of opinion. For example, I had written a chapter that was very technical but contained a crucial lesson. Nancy thought it took away from the flow of the book. We went back and forth on it, trying to figure out what was best. In the end, we decided to include the chapter, but as an addendum.

“‘The third kind of feedback was just clean-up. It’s funny, even after reading through my book several times, we’d still find little gaps where there was a missing word.”

“It’s what every author hopes for.” 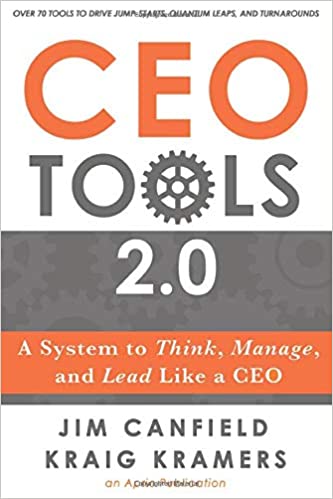 Amazingly, through rigorous work, Jim was able to write and publish his book in just six months. The book itself became the cornerstone of his new speaking career.

Jim said, “My plan all along was to speak to CEO peer groups. I love it. Usually there are twelve to fifteen CEOs in a room. I spend two to three hours telling the story of the book and talking through the concepts. And for the most part, I follow the structure of the book when I give my talks.”

Jim says that, as a speaker, he’s able to sell between one hundred and two hundred books a month. Several times a year, he’ll sell closer to one thousand copies in bulk for larger engagements.

His speaking earned him the award of TEC Canada’s U.S. Speaker of the Year. His book and talks have garnered him endorsements from Ken Blanchard, Jack Canfield, Debbi Fields (Mrs. Fields Bakeries), and Zappos CEO Tony Hsieh.

But, for Jim, the real reward is watching the book help business owners and executives thrive.

“I’m always surprised to see the impact the book has on individual CEOs. The implementation of these concepts really revolutionizes businesses. It’s what every author hopes for.”

Jim attributes his ability to finish the book with speed and excellence to his decision to work with Nancy. He said, “I think she does a great job. Her system balances the right and left brain very well. I appreciate the structure she provides in addition to her new and fresh creative ideas.”

Would a book help launch the next chapter of your career?

We’ve all gained a lifetime of knowledge from hard-won experiences. Often, that knowledge represents how we found success in an area of life. People need that knowledge! And you can leverage it to help move your career forward.

But even the most disciplined people need help to stay on track and avoid the pitfalls that lie along the path to a published book.

As The Book Professor®, Nancy Erickson guides people to complete their books. Then, she helps authors get their books to market so other people can benefit from the knowledge they hold.

If that’s what you need to move your career to the next step, contact Nancy here.