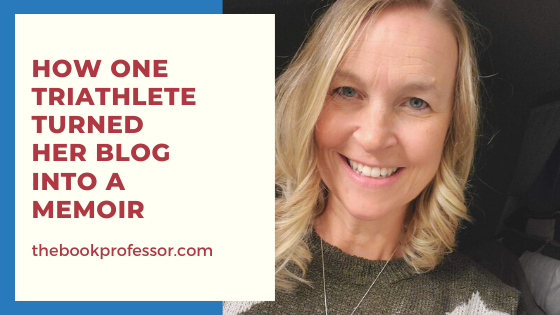 Lindsey Jacobs found her voice as an author while going through one significant life change after another. She transformed her story into a nonfiction book with a little help from The Book Professor®.

It started with a lifelong dream

Lindsey Jacobs had always wanted to write a book. As a kid, she took creative writing courses and crafted poetry. Though she harbored a desire to have a finished novel one day, she said, “I would never have expected my first book to be my personal story.”

That story was fraught with difficulty. Lindsey went through a painful divorce. She struggled to learn how to become a single mom and deal with the fallout from her marriage. In talks with a counselor, she discovered her “normal” wasn’t normal at all. She had been worn down and completely stripped of her sense of self—traumatized by years of abuse.

As therapy helped her heal, she sought balance in her day-to-day life. Lindsey had always been a runner and, at the time, worked at a Fleet Feet franchise. A co-worker encouraged her to train for a triathlon, something Lindsey had never considered.

Inspired by her friend’s words, she decided to sign up for an IRONMAN® triathlon. The training was tough. She still enjoyed running but found biking tedious and repetitive. Worse, she was a weak swimmer, terrified of water.

But as she tackled her tangible fear of swimming, she found she could also tackle some of her less tangible fears—the anxieties that came with her new life.

During a training session one day, Lindsey had an idea for a short essay. Though she said it started as “stream-of-conscious ramblings,” by the time she got home, she had a two-page anecdote to type up.

Lindsey took her small document to work and discovered it resonated with other athletes. They said, “This looks like it belongs on a blog. Have you ever thought about starting one?”

She hadn’t, but she found the idea exciting. She purchased the domain ramblingrunnergirl.com and started blogging. Her initial posts were purely about running and triathlon.

However, she began to write about the training process in the context of her life and struggles. Before Lindsey knew it, she had something more than “ramblings” on her blog. She had a strong idea for a book. 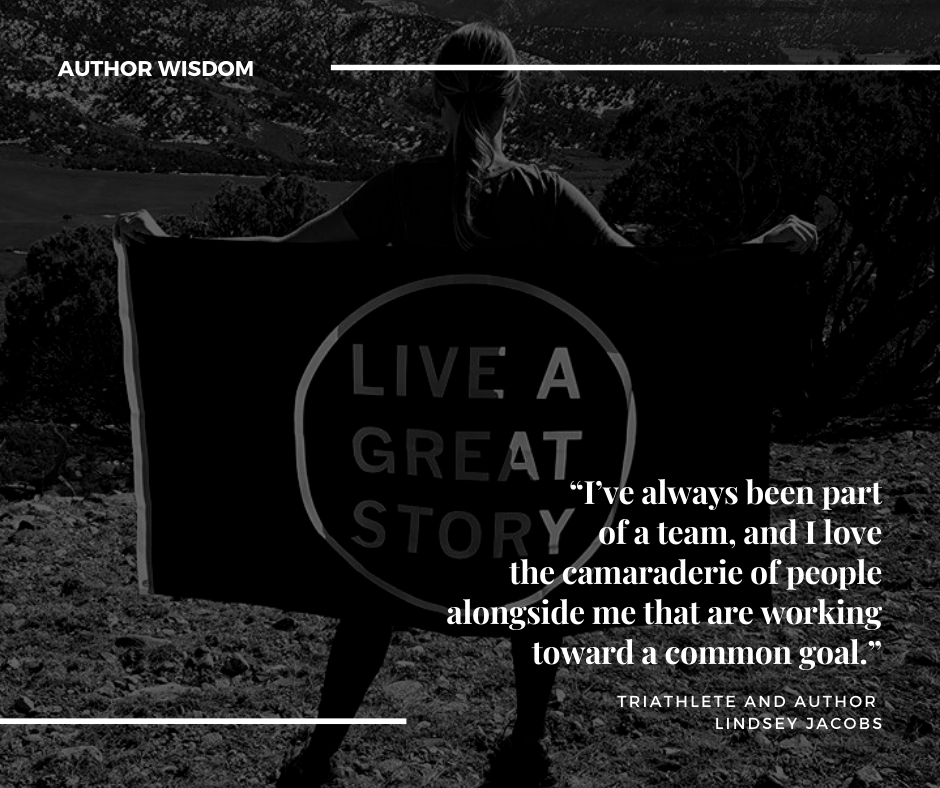 Seeing a Nonfiction Book Inside a Blog

As Lindsey blogged faithfully, she found a powerful metaphor. All of life is like training for a triathlon. Each of us experiences:

When she saw how these ideas came together, she said to herself, “I need to tell this story.”

Lindsey completed IRONMAN Arizon in 2014. Not long after, she ran into Paul Gilbride, a former Fleet Feet customer of hers. As they spoke, she shared her experience and book idea.

Listening to Lindsey, Paul said, “I’ve got to introduce you to somebody!” Paul had been working on a book of his own with Nancy Erickson, The Book Professor®.

As an athlete, Lindsey understood how helpful a great coach could be. She decided to write her book with Nancy, choosing the Group Mastermind process.

Lindsey said, “I’m an athlete. I’ve always been part of a team, and I love the camaraderie of people alongside me who are working toward a common goal. The Group Coaching thing was perfect for me.”

Lindsey came to the table with several ideas but no structure. She appreciated Nancy’s step-by-step process, which reminded her of the drills her swimming coach assigned her.

Lindsey said, “I’m a creative. I have a lot of ideas, but sometimes those ideas just kind of float around in my brain without any real purpose. Having Nancy to guide with her modular plan made it really easy to follow and tackle little bits at a time.”

She continued, “When I started swimming, I had no clue what I was doing. The swim coach said, ‘Okay, I want you to swim the length of the pool without using your legs—just your arms.’ Then, later, he had me swim by skimming my fingertips on the top of the water. When you work on one small thing at a time, it’s easier to put the whole thing together into one natural motion.

“That’s how it was with my book. I had all these ideas I was thinking through. But breaking down the book-writing process with Nancy was like learning how to swim.”

However, as Lindsey continued to find personal balance, she decided to go to nursing school. With full-time work, single motherhood, and college, she had to “sideline her book for a while”—halfway through the first draft. 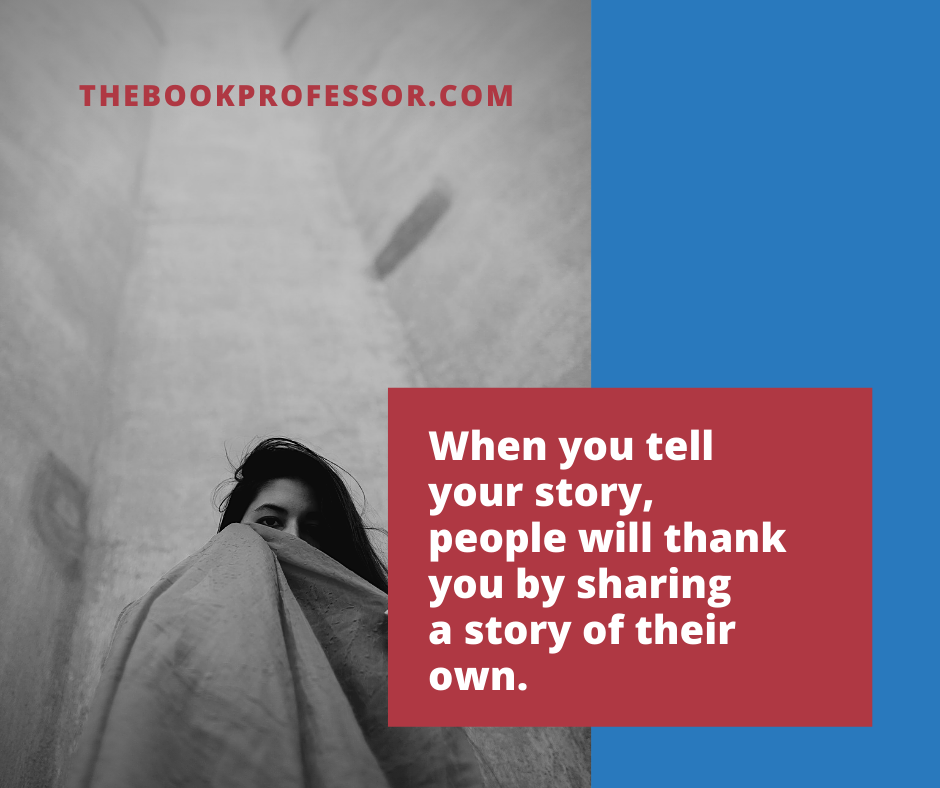 Relying on a Book Coach

Nancy believed in the book and kept in touch with Lindsey. When Lindsey finished school, Nancy asked if she was ready to finish her book.

She was. The two picked up right where they had left off. Though life became busy again, she kept going. Lindsey said, “Nancy was great. She told me to go easy on myself and never beat myself up for not going about it perfectly. Just like with training, there are good days and bad days. You just have to press on.”

Though Lindsey had structured her book around a BookMAP™ 2 structure (problem/solution sets), the book made more sense as a memoir, based around a BookMAP™ 1 structure. (Read more about BookMAPs here.) The whole book ended on a “big moment,” which was the moment she crossed the IRONMAN finishline.

However, for Lindsey, she didn’t feel like the structure worked until she reached the editing phase. After months of work and struggle, while she was out for a run, she saw the opening scene in her mind. When she found that scene, everything clicked into place.

She said, “It’s just like training. You have to trust the process—that it will all come out in the end.”

A Story that Changes Lives

It’s been a whirlwind for Lindsey. She began training for IRONMAN Arizona in 2014. Since then, she’s become a triathlete, a blogger, a nurse, and has even re-married. Through it all, she managed to finish her book, which she was released on January 1, 2020.

Now that her book is out in the world, she’s found how relatable her traumatic experiences are. She said, “My story is very vulnerable. And I have gotten such great feedback from people! My favorite part is that people now share their stories with me.”

She even got an endorsement from Olympic rower—and three-time gold-medalist—Emily Regan. You can buy Lindsey’s book, Stronger: From Trials to Triathlete to Triumphant, on Amazon. 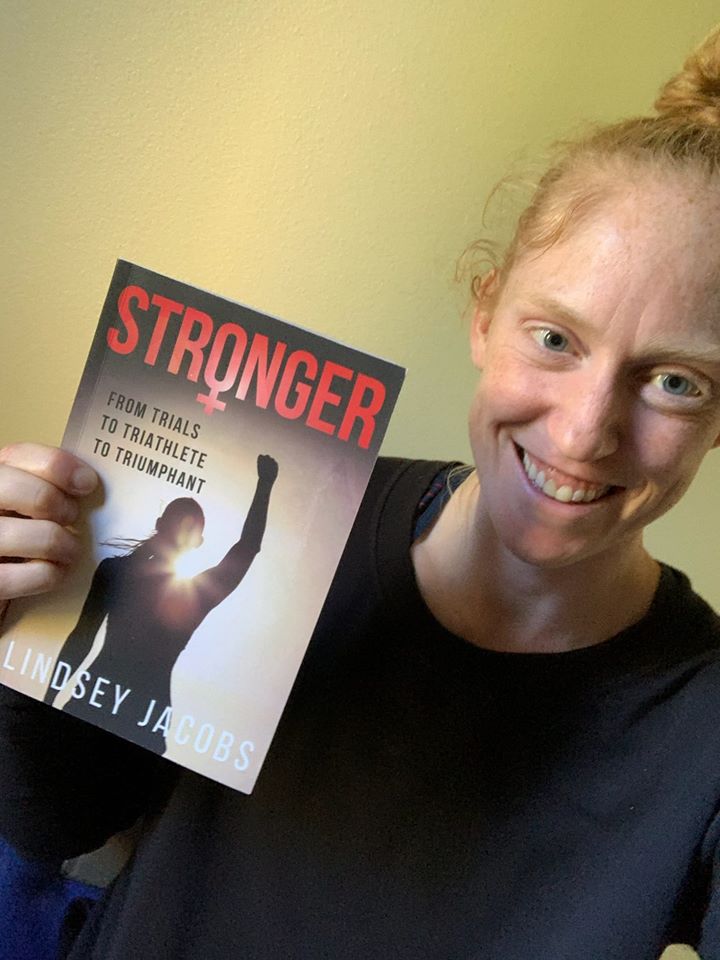 Do you have an amazing story to tell? Some insight into life that you want to share with the world?

At TheBookProfessor.com, we believe you do. Don’t keep it to yourself. And don’t let your ideas just rattle around in your heart, head, or blog. Contact Nancy Erickson and get started on your book.