How one “non-writer” became a Forbes-recommended business author 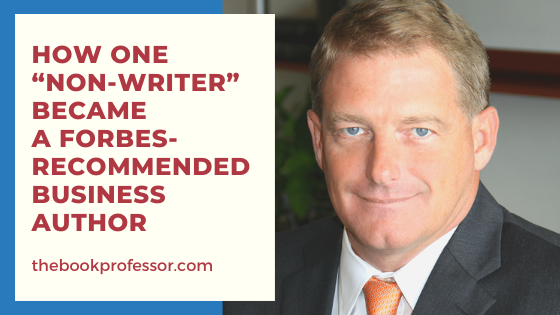 Terry Lammers grew up working in his parent’s wholesale fuel and lubricant business. Based in Pierron, Illinois—a town of about 600 people—Terry stocked shelves and drove trucks while still in high school.

He studied accounting in college and gained some early business experience, then went back to work for his parents’ company. He says in his book, “It was just me, my mom, my dad, and two trucks.” When he came on board, their year-to-date sales were about $750,000, and his parents couldn’t afford to pay him a salary.

He used what he learned in college and business to help the company turn things around. They acquired a competitor, Bone Oil Company, and rebranded the business TriCounty Petroleum.

After that, Terry said, “We were off to the races.”

Under his leadership, TriCounty acquired several more fuel companies. Terry trademarked his own brand of lubricants and eventually grew the conglomerate to over $42 million in sales. With three young kids, he and his wife were able to retire early—a dream come true!

Soon, however, Terry grew bored. “After I sold the company,” he said, “I had no idea what I was going to do next! You can only hunt and fish so much.”

After three and a half years, he and partner Steve Denny launched Innovative Business Advisors. Their firm specializes in business valuation, acquisitions, and consulting. In his work with clients, he’s developed a unique communications style that resonates with others.

Terry said, “Business owners have told me they do what I tell them because I’m honest, clear, and not arrogant.”

With a lifetime worth of experience, he wanted to find a way to package his advice—along with his unique voice—in a book. But there was a problem.

Terry had no writing experience at all.

Writing for a Non-Writer

“In the back of my mind,” Terry said, “writing a book was a bucket-list item,” but he didn’t know how to get started. He got some unexpected advice while speaking with a plumber he met at a networking event.

The man said, “You just have to sit down and write about eight chapters and you’re done!”

Terry decided to sit down and to write his book about mergers and acquisitions, and he started with page one, just the way the plumber had said. Before he knew it, he was lost. He Googled the phrase, “book coach” and found Nancy Erickson, The Book Professor®.

Terry signed up for The Book Professor’s® Executive Group Mastermind and Publishing Program. But when he learned it would be a year-long process, he said, “I didn’t like that!”

He soon came to appreciate that time. As a non-writer who had failed in his first attempt at writing a book, he was now making real headway. 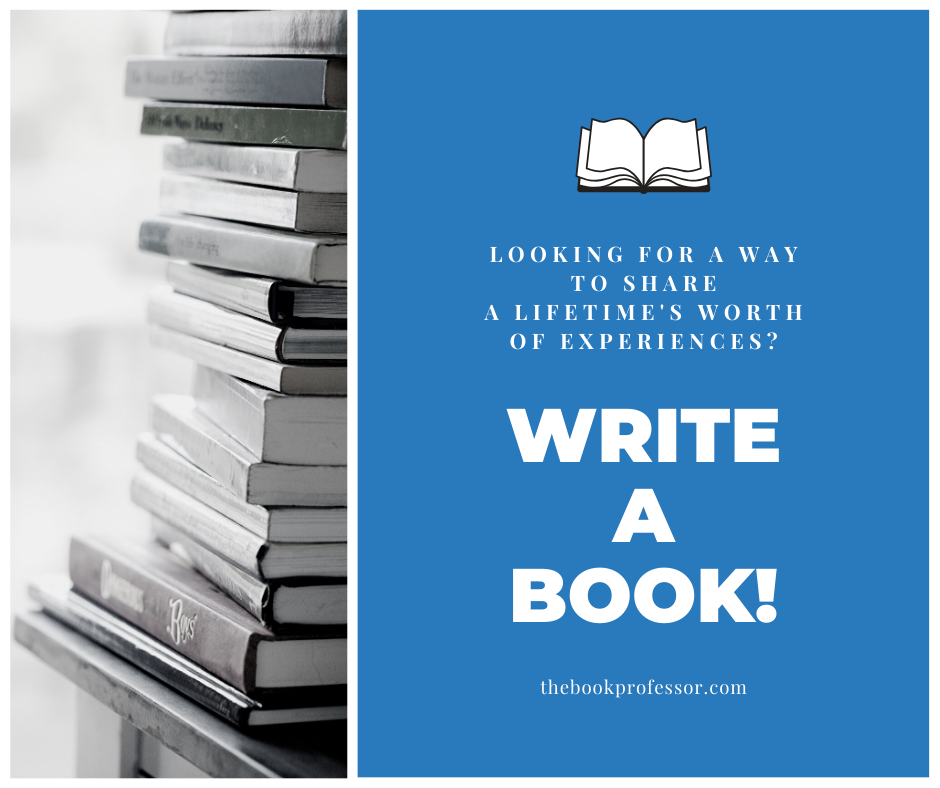 As Terry worked through the structure of his book, he could see that the process made sense. “I think it’s brilliant,” he said. “We started with our BookMAP™. You map the whole thing out, then bullet-point how you want each chapter to flow.”

The next phase of the process is called Write without Ruts, and Terry wrote the entire first draft of his book in about three months.

“Every Sunday evening,” he said, “I’d write two chapters. But every day I had my BookMAP™ in front of me. Since everything I was going to write about was all mapped out, I would think about the book all week long. When it came time to write my chapters, it really was like ‘getting it out.’”

Although Terry had no experience writing, he found himself with a first draft that actually worked.

But then he found himself in the midst of the Polish and Perfect stage, and that put his patience to the test.

He worked with both Nancy and the team’s copy editors, and Terry found he had a challenge to balance his unconventional manner of speaking and grammar with what would make for an interesting and readable book.

“One of the things Nancy teaches is to be very direct in your writing. Don’t say too much. Get it tight. I tried to be funny and conversational, but sometimes that just meant too many extra words. The editors whacked the hell out of it!”

Still, he felt like he was in control. As an expert in finance, he needed to educate the team’s editors on some of the terms and phrases he used. But if he was concerned that the editing process would strip away his unique voice, his friends and family responded differently.

“People tell me all the time, ‘I can hear you talking in the book.’ The editors didn’t take out the quizmacal [sic] things I say.”

In particular, he has a chapter called “Your Bankability.” Although “bankability” is a real word, Terry hadn’t heard it used in his circles. It had a great ring to it, and when his business partner Steve Dean read the book, he said they should name one of their key offerings “The Bankability Method.” 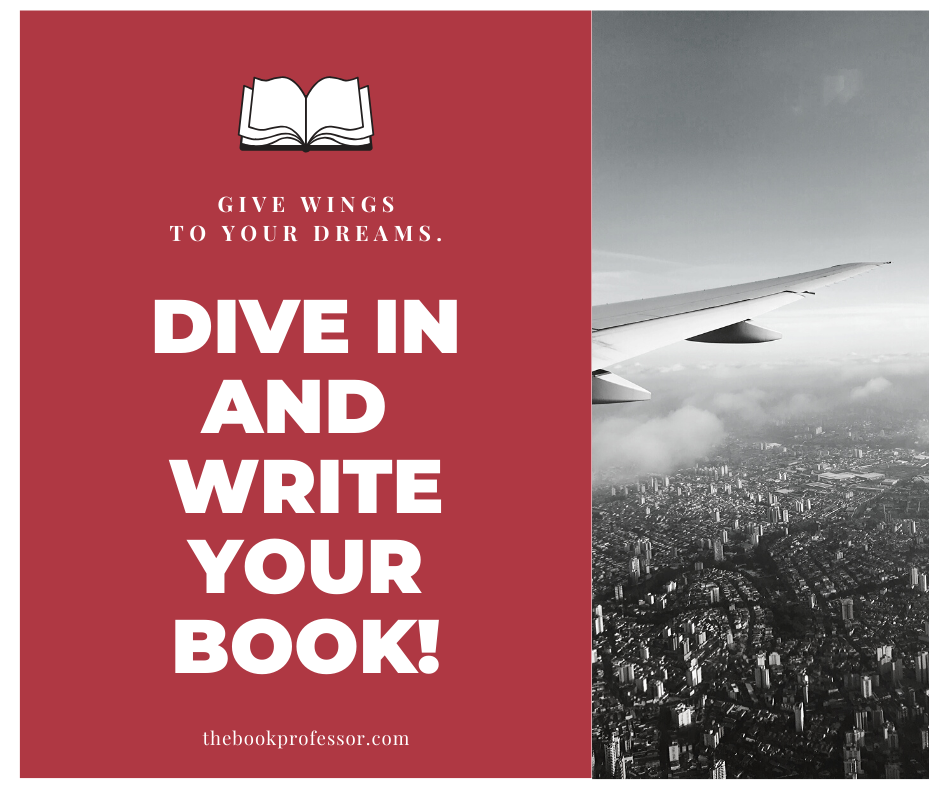 For Terry, the book is part of building his brand as an expert in acquisitions. It was important to finish in a timely manner, and he credits The Book Professor’s Executive Group Mastermind with keeping him accountable. 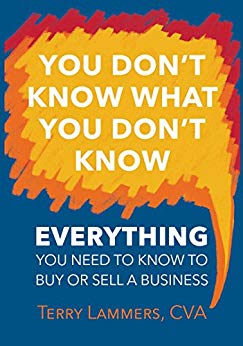 He said, “While I was writing, I met a lot of people who said they were writing a book too. And you know what? They’re still writing their book, but I have a finished book.”

Terry published his book, You Don’t Know What You Don’t Know: Everything You Need to Know to Buy or Sell a Business, in 2017. Recently, it was listed by Forbes writer Rhett Power as one of “The Best Books to Help Entrepreneurs Grow a Business.”

Power’s review of the book echoed what Terry and Nancy had worked so hard to achieve:

“In a straightforward, authentic style, he walks you through the many options you have for your [business]. By the end of You Don’t Know What You Don’t Know, I felt like I had an entertaining, informative workshop.”

You don’t have to be a “writer” to become an “author”!

Have you dreamed of writing a book but don’t think of yourself as a writer? Or do you have something to say but are stuck and can’t get it out?

The Book Professor® helps people who aren’t writers become authors. Whether writing a book is a life-long dream or something you must do to move your career forward, there’s help for you.

Learn more about how you can work with The Book Professor® and Nancy Erickson, click here.