A Story Worth Telling

Mike Kitko is a man of intensity, integrity, passion, and energy. He’s a straight talker who doesn’t pull punches. His commitment to truth has earned him a trusted position as an Executive Coach for CEOs, entrepreneurs, and executives at all levels.

He’s also a sought-after speaker, teaching audiences hard-won lessons from his own life. His talks on self-mastery, finances, and business have earned him audiences all over the country. But he wouldn’t be where he is today without the difficult lessons learned through some harsh and heartbreaking times.

Mike, a Marine veteran who spent twenty years as an executive, was addicted to alcohol. He weighed 300 pounds, his marriage was mutually abusive, and his home was chaotic. His poor habits and lack of personal character caught up with him. He lost his job—and nearly lost his family.

Hitting rock bottom, he recognized he was living someone else’s dream — one created for him by his parents and a lifetime worth of TV and movies. He felt like an imposter and got busy turning his life around. 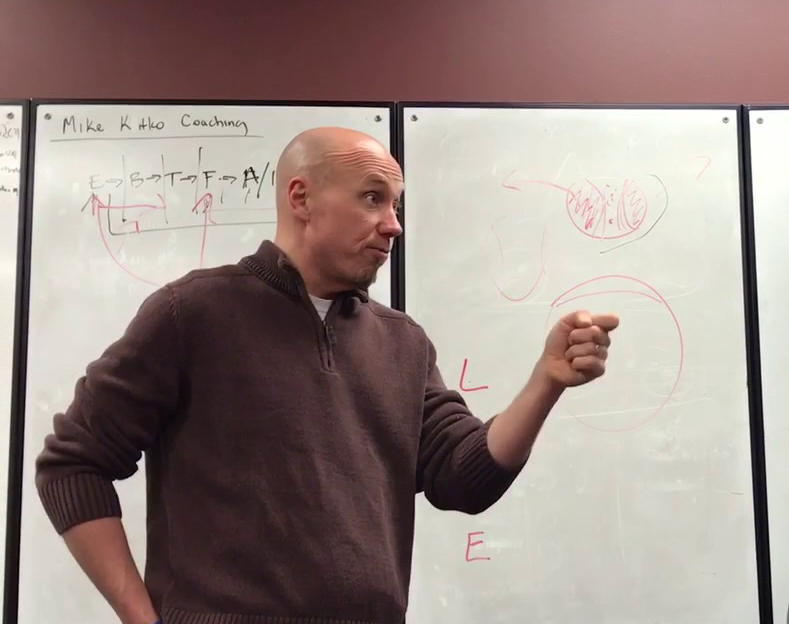 The story of how he got healthy, broke free from codependency, started his own business, and ultimately rebuilt his income and his family was worthy of a book. He wanted to show people they could turn their lives around too.

He also knew that as an Executive Coach, having a high-quality, finished book catapults someone like him into a higher echelon. To move his career forward, he wanted to put the lessons he learned into a book he could share with prospective clients and sell at speaking engagements.

Inspired, Mike sat down and began writing his book.

The Decision to Hire a Book-Writing Coach

Mike understood the power of his life’s journey and wanted to open the book with his childhood, move through his life, and end in the present. After the first few chapters, however, he started to lose his way. Mike wasn’t a quitter, so he decided to dump the first draft and start again from scratch.

But after four or five false starts, he knew he needed help. He had met Nancy Erickson, The Book Professor, and wondered what it would be like to work with her. As a coach himself, he knew the value of an outside perspective. When he and Nancy got together, he presented the idea for his book.

Nancy said something that challenged Mike deeply. In what he calls “a loving, maternal way,” she said: “Do you want two people to read your book, or two million?” 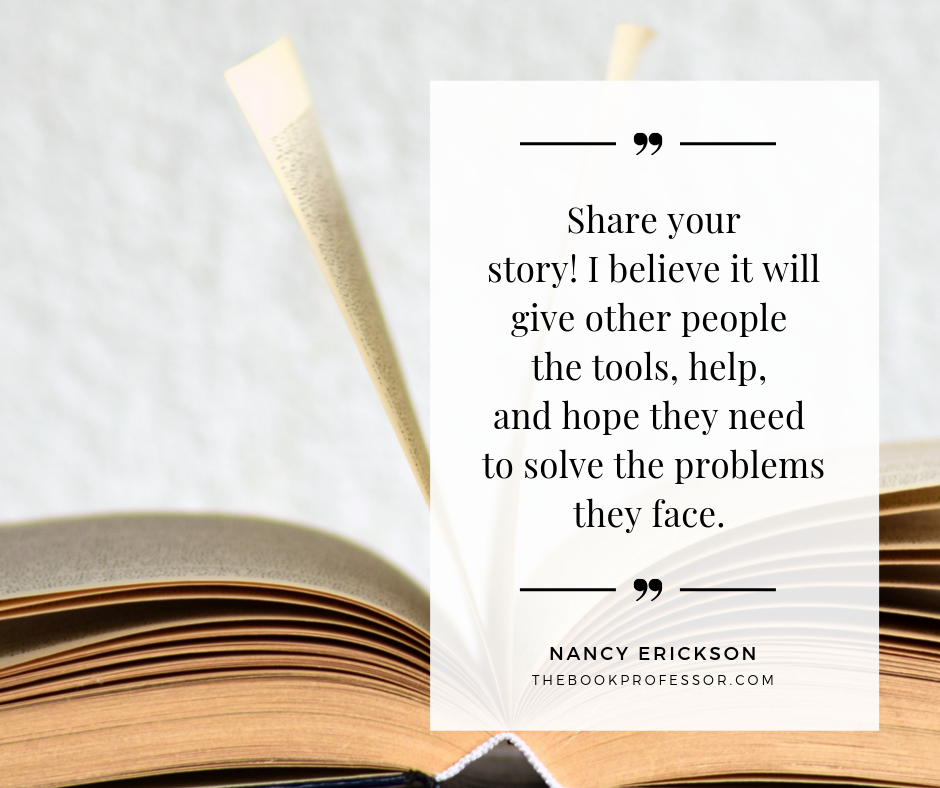 She went on: “If you create a book that’s an autobiography, only people who know you will want to read it. But if you write a book that can help people, connect with the pain and struggle they’re experiencing … to give them tools, help, and hope … then you’ve got something people will want to read. They’ll be thankful for the lessons they’ve learned, and your credibility will go up.”

Mike felt moved. He signed up for The Book Professor’s Group Coaching & Publishing Program, saying, “It’s always fun to go through something with a few more people.” There, he quickly learned why he had failed on his first several attempts to write his book.

Under Nancy’s leadership, Mike said he and his group learned what he believes is the “greatest tool for writing a book”: the Problem/Solution set.

Mike discovered one of the main reasons he couldn’t finish his book before: He never had a plan! This new structure made sense. He imagined his coaching clients and how they could immediately apply lessons he’d learned the hard way.

But Mike was still stuck. For some reason, he couldn’t let go of his original plan for a memoir. He kept trying to force his problem/solution book into the form of an autobiography.

Fortunately, in a one-on-one session with Nancy, he had a revelation. Through conversation, Mike was able to figure out his purpose for writing the book. He wasn’t writing to tell his story. He was writing to help other people. Realizing this, Mike finally let go of his initial idea — and the book came alive.

Taking the “Lonely” Out of Writing a Book 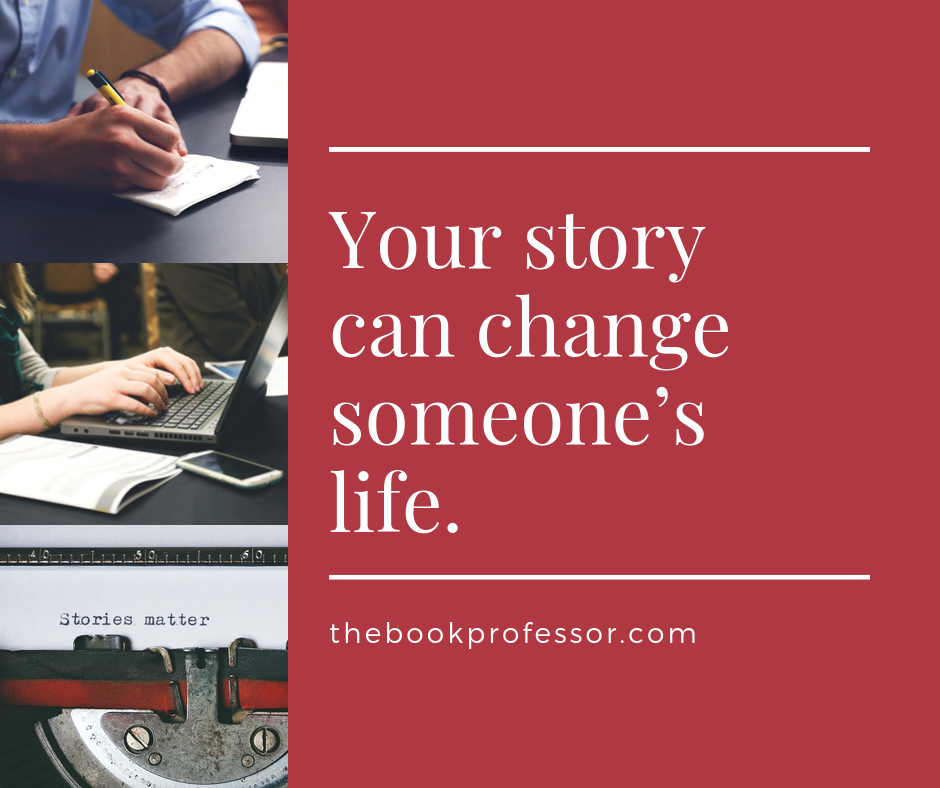 Working in a group with weekly deadlines, Mike found his manuscript moving along at incredible speed. He enjoyed hearing from others, cheering on their successes, and also finding out that, just like him, they had difficulties. Everyone would fall behind from time to time. Everyone would get a little stuck.

But the difference was that they had each other. Every member of the group seemed to draw out the best in him, and he in them. Well-defined deadlines meant they had concrete assignments to complete weekly, and that worked for Mike.

His Book Mastermind kept him going, even when he felt uninspired. He looked forward to the experience every time. Additionally, he was grateful the Group Coaching option also included one-on-one time with Nancy. Together, they could concentrate on his book without distraction.

A Skill that Goes Beyond the First Book

Mike’s business, among other things, has him creating a lot of content. He found that working on his book actually increased his creative output in all areas. In fact, it led to something astonishing.

While writing his book, Mike created two courses. One morning over breakfast, his wife, Angie, asked if the new courses could also be made into books. Mike was intrigued, so he sent the content to Nancy for her feedback.

She called him back and let him know that he had, almost by accident, written two more books.

He had so internalized the process — and received so much inspiration — instead of having one book, he had a trilogy.

Mike Kitko’s first book, The Imposter in Charge, launchesOctober 22. If you want to read the result of the process, plus derive benefit from Mike’s life experience, you can preorder his finished book here. 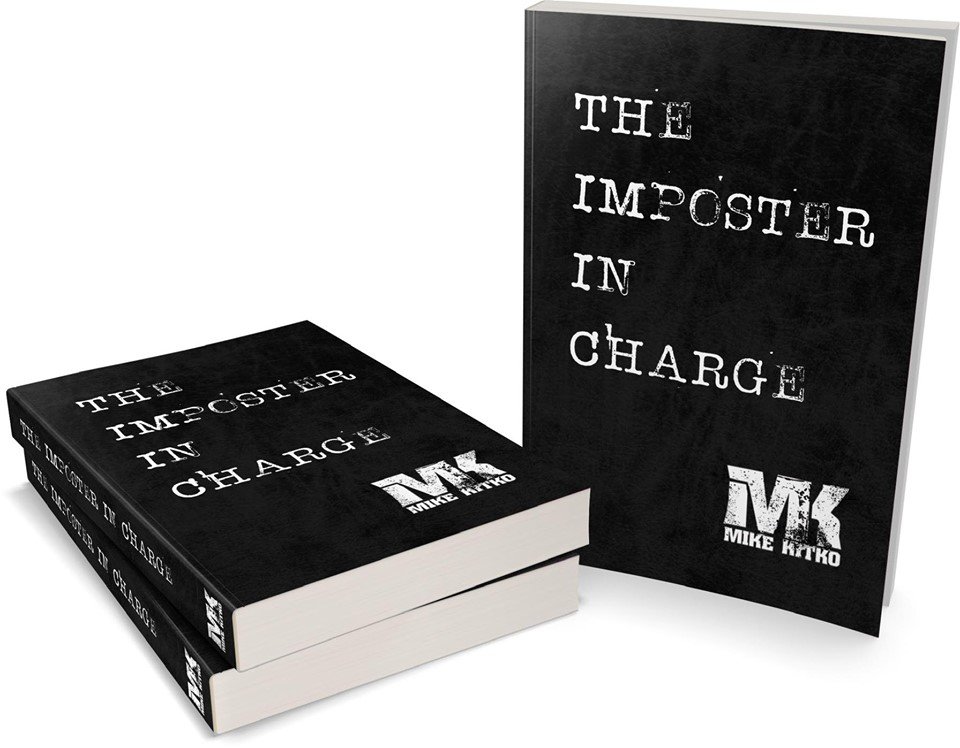 Are You Tired of Getting Stuck on Your Book Idea?

Aspiring authors tend to follow the same pattern. They sit down and start writing without a plan, without an audience, and without any structure. But writing is a lonely process, and going it alone is too hard for most of us.

But like Mike, you can get from first draft to published manuscript through The Book Professor’s Group Coaching & Publishing Program. In a group, you can receive:

You can explore all the writing programs for coaches to find the best option for you.

If you’re ready to stop going it alone and want to leverage the power of The Book Professor’s Group Coaching & Publishing Program, you can learn all about it (and sign up!) here.