Four Must-Read Books By Authors Who Died in 2018 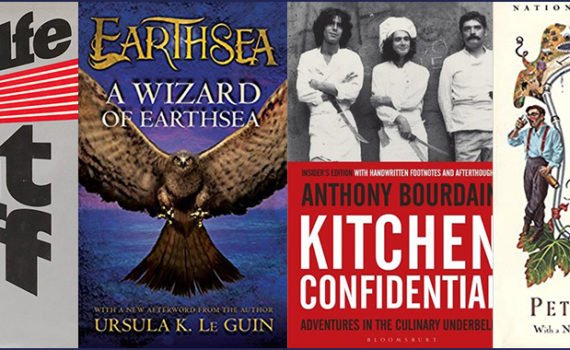 Four Must-Read Books By Authors Who Died in 2018

This article originally appeared on bookbaby.com

Some bright literary stars died in 2018. I’ll remember these four writers for their contributions to literature and society, which will continue to have an impact for years to come.

It happens every year: we lose some of the best and brightest writers among us.

2018, of course, was no different. As this year moves along at an ever-faster clip, I thought it worth taking a pause and looking back to four of the world’s favorite writers who passed last year, along with the books that we can all treasure and remember them by. 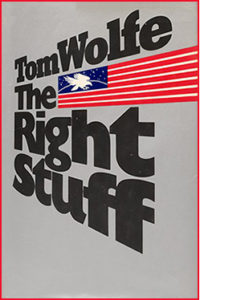 Tom Wolfe pioneered the “New Journalism” approach in the 1960s, applying fiction writing techniques to the subjects that interested him. In many ways, he blazed a new literary trail all his own.

Wolfe was a prolific essayist, with many pieces appearing in prominent magazines of the day — including Esquire, Rolling Stone, and Harper’s. It was later in his writing career that he became an acclaimed novelist, publishing The Bonfire of the Vanities in 1987 and A Man in Fullin 1998.

I first encountered Wolfe’s writing in the mid-1980s while on a solo trek around the South Pacific islands just after college. I was eight months into the trip and getting homesick for the US when I picked up a copy of Wolfe’s The Right Stuff. In the book, Wolfe profiled NASA’s first astronaut class, known as the Mercury Seven, as well as some test pilots who never made it to space — most famously, Chuck Yeager, who in 1947 became the first pilot to break the sound barrier.

Wolfe’s fantastic depiction of the American space program prompted me to end my trip almost on the spot and return to America. 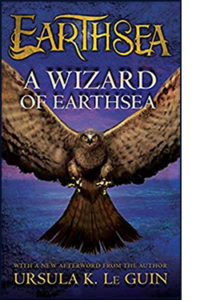 My high school English teacher introduced me to the writing of Ursula Le Guin, the award-winning science fiction/fantasy author who explored feminist themes. Her books changed my life.

Her best-known works, the books that make up the Earthsea collection, have sold millions worldwide, and she was regarded as a great science fiction writer. But Le Guin disliked being labeled.

“I know that I am always called ‘the sci-fi writer,’” she told a Scifi.com reviewer. “Everybody wants to stick me into that one box, while I really live in several boxes.”

I found this rebellion against stereotyping inspiring.

In addition to her more mainstream work, Le Guin also produced volumes of short stories, poetry, essays, and literature for young adults. Her themes ranged from children’s literature to explorations of Taoism, feminism, anarchy, psychology, and sociology. She wrote tales of a society where reading and writing are punishable by death, and of a scientist who battled aliens to save the world.

She was a warrior for good art. Le Guin won an honorary National Book Award in 2014 and warned in her acceptance speech against letting profit define what is considered good literature. She often criticized the “commercial machinery of bestsellerdom and prizedom” — even as she was named a finalist for the Pulitzer Prize in 1997, a rare achievement for a science fiction/fantasy writer.

“I have had a long career and a good one. Now here, at the end of it, I really don’t want to watch American literature get sold down the river,” Le Guin said in the speech. “We who live by writing and publishing want — and should demand — our fair share of the proceeds. But the name of our beautiful reward is not profit. Its name is freedom.” 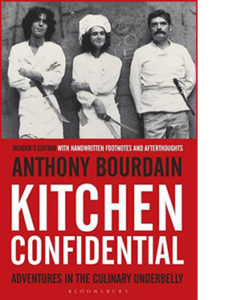 Less than one year ago, the world was shocked to learn of the sudden and tragic passing of Anthony Bourdain. Bourdain was a writer long before he became famous. Most of his fans don’t know, for example, that he wrote two novels while working as an executive chef at Brasserie Les Halles.

Of course, it wasn’t until 1999 that his literary career started in earnest, when The New Yorker ran his unsolicited article, “Don’t Eat Before Reading This.” In that famous piece, Bourdain exposed readers to what really goes on in restaurant kitchens — even those that are 5-Star. “If you are one of those people who cringe at the thought of strangers fondling your food,” he wrote. “You shouldn’t go out to eat.”

The public reaction to that article prompted him to write Kitchen Confidential: Adventures in the Culinary Underbelly, the book that elevated him to celebrity chef status and travel television stardom. But he did more than entertain. He gave readers like me the courage and incentive to investigate local cuisine, no matter how foreign or alien it might be.

“Do we really want to travel in hermetically sealed popemobiles through the rural provinces of France, Mexico, and the Far East, eating only in Hard Rock Cafes and McDonald’s?” asked Bourdain in his memoir. “Or do we want to eat without fear, tearing into the local stew, the humble taqueria’s mystery meat, the sincerely offered gift of a lightly grilled fish head? I know what I want. I want it all. I want to try everything once.” 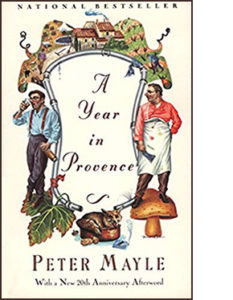 Peter Mayle — A Year in Provence

Peter Mayle was not as famous as the other writers on this list, but his travel memoir classic, A Year in Provence,inspired generations of romantic adventurers seeking an idyllic life in rural France. It certainly inspired me, as a reluctant adventurist myself.

Mayle was an Englishman who embarked upon his writing career in his 30s with sex-education books for children. His first book, Where Did I Come From?, published in 1973, sought to explain the facts of life to children. He followed that book with one on puberty, titled: What’s Happening to Me?

When Mayle wanted to try to write a novel, he and his wife, Jennie, moved to Ménerbes, a village in the Provence region of France, in 1987. Unfortunately, he was quickly distracted by the task of renovating the 18th-century stone farmhouse he and Jennie had bought. As a result, Mayle shelved the novel and instead told the story of the couple’s experience in his new home, with tales of encounters with local builders, neighbors, lawyers, truffle hunters, and more — with vivid descriptions of the region’s food and drink.

Mayle’s British publisher, Hamish Hamilton, didn’t think much of the book and ordered just 3,000 copies to be printed. But when The Sunday Times excerpted the book, sales in England rocketed past the million-copy mark. The book sold more than 600,000 copies in the United States.

Author Rich Daniels: Writing a Deeply Personal Story for the Sake of Others