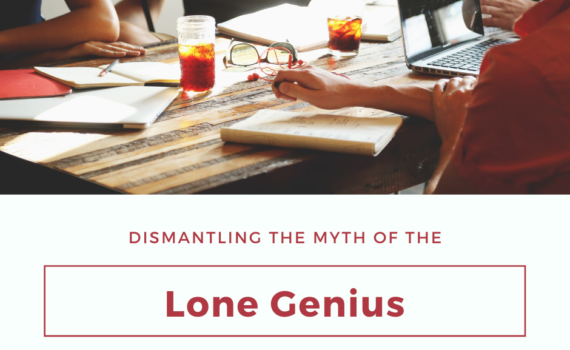 Book Writers: Do You Think It’s Best to Go It Alone?

Perhaps you’ve seen some variation of this scene in a movie.

A man is sitting at his typewriter (why is it always a guy?), unshaven, half-drunk, and clattering away like mad. There are empty wine bottles and teacups strewn all over the room. Crumpled papers overflow the trash can. In anguish, he stops typing, tears out the sheet of paper, and rips it to shreds.

Movies like these have done us a great disservice. They’ve given us the “Lone Genius,” a class of people who spend their days struggling through their book without any help. Though it’s true that authors spend most of their writing time alone with the page, this is only part of the picture.

That’s because books are too long and too complicated to be written without a community of helpers. All authors (including this one) need those who can keep them on track, lend helpful feedback, and even give them a swift kick in the backside when needed.

The myth of the Lone Genius is behind a lot of unnecessary writer’s block.

A Book Mastermind Keeps You Accountable 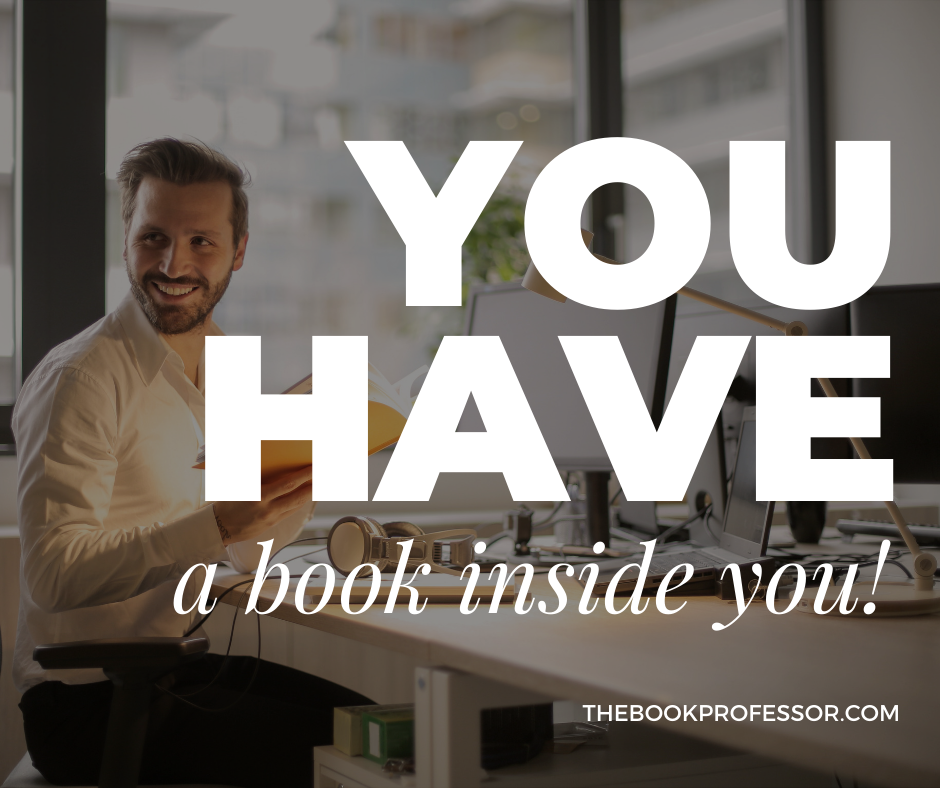 Here’s an unfortunate truth. If you’re the only person holding yourself accountable to write your book, you probably won’t finish it.

It’s not because you have nothing to say, you lack discipline, or that people don’t need what you’ve written. It’s simply this: No one is waiting for you, so it’s easy to put your manuscript off.

The solution? Join a group of like-minded writers.

I put together The Book Professor’s® Executive Group Mastermind and Publishing Program so that every week, writers know they have an online appointment they must prepare for. Everyone will be turning in the same assignment, and if you’re part of that group, you’re highly motivated to come to the call prepared. It’s that simple.

If that were the only reason to take part in a Book Mastermind, that would be reason enough for most of us to reach out for help. But there’s more.

You have a unique “Zone of Genius:” your training, your giftings, your experiences, and even your tastes. It’s your gift to the world, and it will permeate anything you write.

What’s great about a Book Mastermind, however, is your book benefits from other people’s Zone of Genius as well.

In a recent Book Mastermind, we had a wonderful group of men. They all got excited about each other’s work even though they had very different backgrounds.

One of our writers, a marketing expert for podiatrists named Rem Jackson was stuck on the title for his book. Mike Kitko (read his story HERE) was in that group as well. Mike’s an Executive Coach who knows next to nothing about podiatry. But as Rem was talking about the ideas he was presenting in his book, Mike blurted out something like, “Do you know what would be a good title for your book? Podiatry Prosperity!”

At that moment, it didn’t matter who came up with the idea. The title was perfect. Because Rem Jackson was participating in a group with someone outside of his Zone of Genius, he received exactly what he needed.

Too many of us have been in writing groups where we received ego-driven, soul-crushing feedback from a teacher, a family member, or a friend. I’m afraid it happens to most of us, and I’m sorry if it happened to you.

However, that’s not the experience we’ve had in The Book Professor® Book Mastermind Groups. They have consistently been positive, encouraging places to write a book.

There’s a reason for that.

A Book Mastermind Session Can Be Great Therapy 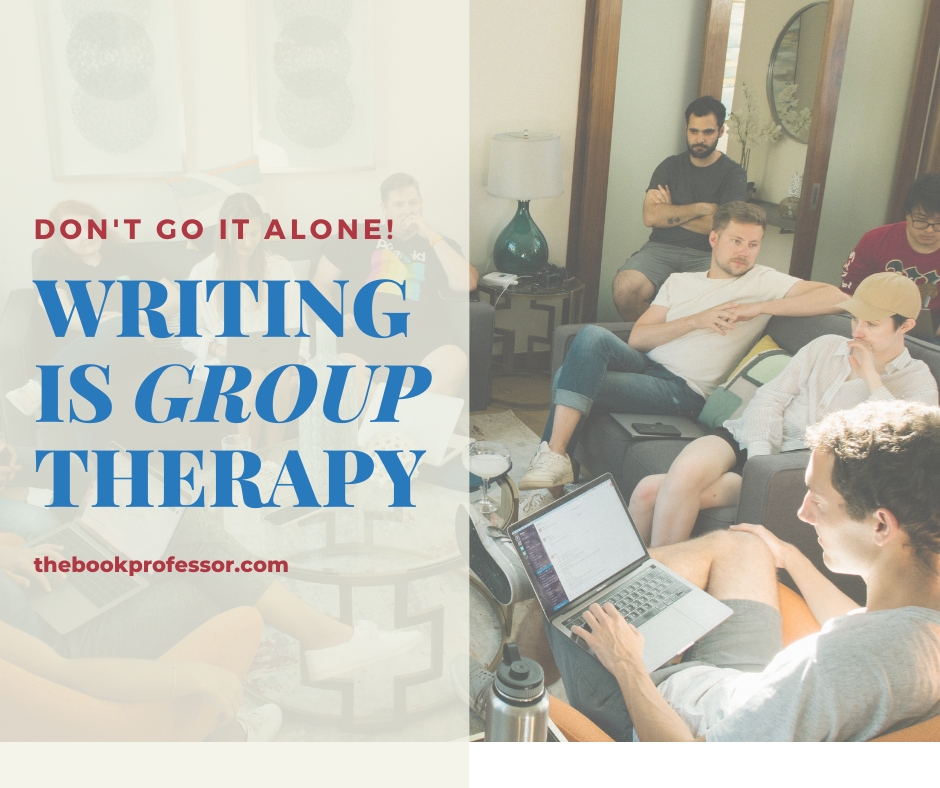 Every Book Mastermind I’ve been a part of has become, to some degree, a group therapy session.

I’ve worked with a woman whose book told the story of how she survived severe abuse. Another woman wrote about how she made it through her husband’s suicide.

Mike Kitko (the Executive Coach I mentioned earlier) was an alcoholic in a mutually destructive marriage. He had to tell about how he devastated his own life and hit rock bottom.

When people write about experiences like these, they have to relive them. In every Book Mastermind I’ve facilitated, its members surrounded, protected, and validated those writers as they told their truth.

It’s one of the most beautiful parts of the process.

Authors: Do You Believe in Magic?

Recently, one of our Masterminds included an author whose book contained a description of her life in an abusive and alcoholic home. Reading it to the group required extreme vulnerability on her part.

When she finished, I asked the group if they had ever experienced something similar. Everyone in the group had. I could hardly believe it.

Now, you don’t have to be spiritual to take part in Group Coaching. But let me say this.

I do not assemble Book Masterminds by curating people of similar backgrounds. I simply put people together who are available and ready to get started on their books.

But it seems like Something — or Someone — has put each of those groups together. Each one has a synergy I couldn’t have created if I tried. People with similar or complementary backgrounds, temperaments, and experiences end up working together every time.

Are You Ready to Leverage a Book Mastermind to Get Unstuck?

If this sounds like what you need to get yourself out of your writing rut, you may want to join The Book Professor’s® Executive Group Matermind and Publishing Program. Writing a book is a long journey, and this is a great way to have all the benefits of a Book Mastermind gently guided by our time-tested process.

In Module One, we take you “From Concept to Concrete Plan.” This is where, as a group, we learn how to figure out precisely what it is you have to say. Lots of personal revelations surface, and with each others’ support, by the end of sixteen weeks, you have a BookMAPTM to follow as you write. It’s the BookMAPTM that actually allows you to prevent writer’s block.

Module Two is called “Write Without Ruts.” During this part of the process, you get to write the first draft of your book without going back and fixing it up. Every week, you’ll listen to other people share their first drafts while you share your own. It’s intense, revelatory, fun, and exhilarating.

Module Three, “Polish and Perfect,” we get your book to the finish line, making sure that every word is in its place, that every line sings, and that every scene works. We need each other during this part of the process because it can get tedious. Our Book Mastermind is the place where we remind each other how important the work is, how special the book will be, and how great it will feel to share it with the world.

If you want to learn more about The Book Professor’s® Executive Group Mastermind and Publishing Program, or you’re ready to sign up, CLICK HERE.

Why (and How) to Connect with Your Readers as an Author