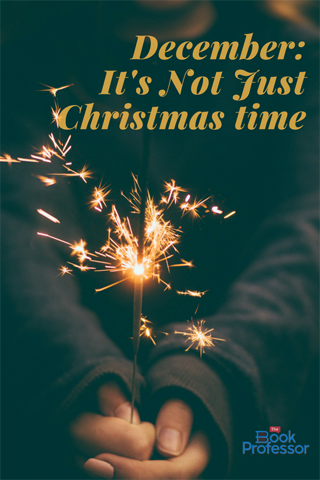 December is always a time of reflection for me. While I usually think over the past year and how things went in each aspect of my life, I also like to think about the upcoming year and what I’d like to see happen–not just professionally, but socially, physically, spiritually, and even intellectually. For many, the Christmas celebration is top-of-mind but there are other traditions and noteworthy causes this month, too.

With everything that’s happened in the US this year, it’s easy to overlook problems that we still currently face. So much media attention has been given to our nation’s current political climate and our recent hurricanes that other crises have fallen off the radar. For example, the AIDS epidemic is still alive. Roughly 34 million people currently have HIV–the virus that leads to AIDS. More than 35 million people have died of HIV or AIDS since 1984. While there have been several scientific advances in HIV treatment that have allowed  people to live longer and more productive lives, there is still no cure. On December 3rd, join the world as we celebrate World Aids Awareness Day and show your support and love for those affected by this virus. For more information on how to get involved, please visit www.hiv.gov.

I remember as a kid in elementary school singing:
Hanukkah, Oh, Hanukkah
Let’s light the menorah
Let’s have a party
We’ll all dance the hora
Gather ’round the table, we’ll give you a treat
A dreidel to play with and latkes to eat…

While I’m not Jewish, I loved that my school celebrated Hannukah as well as Christmas. Hanukkah, or the Festival of Rededication, celebrates the rededication of the Temple in Jerusalem after its defilement by the Syrian Greeks in 164 BCE. It’s an eight-day festival, also known as the Festival of Lights. Most notable of this holiday is the lighting of the hanukkiah or menorah-an eight branched candelabrum to which one candle is added on each night of the holiday until it is full with light on the eighth night. In commemoration of the cruse of oil, it is traditional to eat foods fried in oil like latkes (potato pancakes), or sufganiyot (jelly donuts). (Source)

For all who celebrate this holiday, I wish you a Happy Hanukkah!

New Year’s Eve–December 31, 2017
Like many, I’ll be working on my goals for the New Year, but I also want to take some time to pause and reflect on the events that have transpired, not only in my own life, but in our country as a whole. It’s hard to ignore the political and racial divisiveness that has occurred over the last year. I squirm every time I turn on the news. Whatever your political beliefs are, I think it’s time for everyone to take a moment and examine their heart.

You don’t need to profess a particular faith to have a basic moral compass: it’s knowing the difference between right and wrong. Isn’t that what we try to teach our children? But how hard is it to teach something when your own heart doesn’t feel that way–especially when we look at people of other races, faiths, and sexual orientation? When you see someone who’s different from you, what do you think or assume about them? Do you fear them? What is your assumption based on? What if you could get to know that individual person before holding onto damaging preconceived notions about their entire race / faith / sexual orientation that kills the opportunity for a true relationship? I’m not judging anyone because I know my heart isn’t perfect. But there is hope: 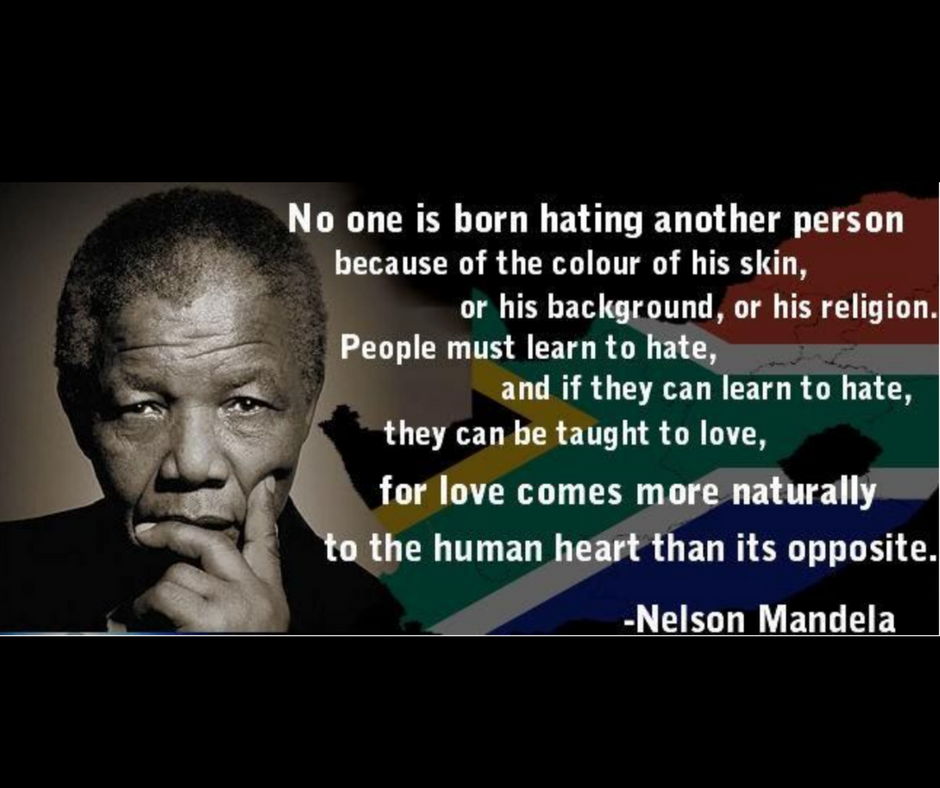 Isn’t that refreshing? Let’s all add “learning to love” to our goals for 2018. I promise, you won’t be disappointed with the results.