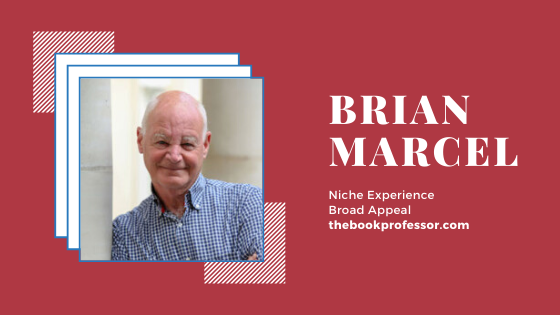 With a career’s-worth of experience, this barcode industry entrepreneur created a marketable nonfiction book with The Book Professor®.

Finding Opportunity in a New Technology

It was the mid-1970s, and he worked for the London-based paper manufacturer Reed International. His small division represented a Portuguese paper mill, and he needed a change. Marcel said (in his charming British accent), “It was really boring and very limited, so I said to my boss, ‘Can’t we do something else?’”

Marcel’s boss agreed to let him explore any opportunity. He started by visiting the commercial departments of London’s European embassies. Initially, Marcel hoped to find more papermills Reed could represent in the UK. Though he found none, one German-based business caught his attention.

They specialized in barcode technology, a relatively new industry, and Marcel realized it would fit hand-in-glove with Reed’s clientele. With little more than a phone call, Marcel brought Reed into the barcode business, and it changed his life.

After Reed gained a fourteen percent market share, an American competitor recruited Marcel. Unfortunately, they filed for Chapter 11 bankruptcy a year later. Marcel saw it as an opportunity.

He said, “I took all my customers—and the company car—and set up business. I had always wanted to start my own company because my dad was an entrepreneur. It was a no-brainer, really, but it took something like that to make me do it.”

That was in 1982. By 1987 Marcel was looking for new markets to expand and figured the wall might come down in Berlin, opening the Soviet Bloc to the West.

The corporation he started then, IBCS Group, has become the top mobility integrator in Central and Eastern Europe. Now, as one of the few people with a front-row seat to the entire history of this industry, his colleagues began to push him into facing another challenge. 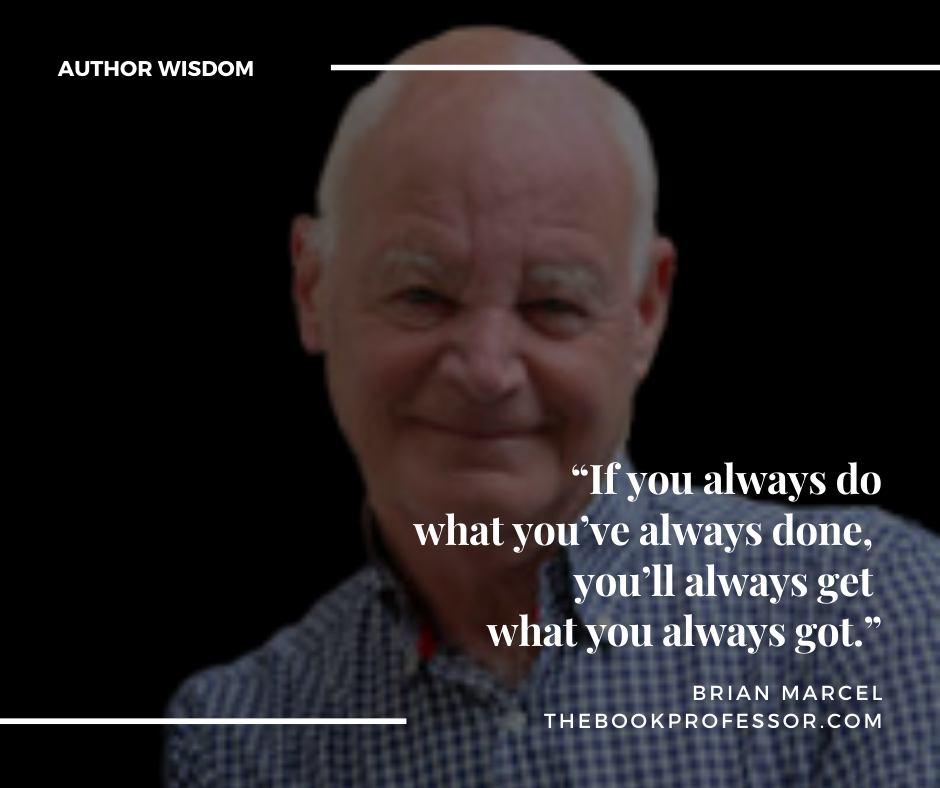 Finding an Audience for a Nonfiction Business Book

Marcel is part of a trade association called AIDC 100—one hundred colleagues who work in automatic identification and data capture (AIDC). There are few people left to tell the history of their business, so several association members asked if he would write a memoir.

Marcel said, “I never really wanted to write a book because I thought it would be too much hassle.” Then, he said, “I thought I couldn’t do it because my memory’s crap. And I’ll never remember everything—certainly not enough that’s of interest to the public.”

He mentioned his struggle in a mastermind group that included The Book Professor®, Nancy Erickson. She told him about her Group Mastermind program.

Marcel explored Erickson’s website, which intrigued him. He said, “She had a process. I looked at her three modules and I thought, Oh, that looks interesting. And there were weekly calls, which meant I could be held to a deadline. I need that to happen if I’m going to do a good job of anything.”

In the first classes, Erickson had asked the group to identify their target market. Marcel said he was writing it for the people in his industry, as well as his family. When he totaled up the number of readers who he thought would be interested, he only could imagine about a hundred.

Marcel quoted Erickson as saying, “Well, that’s not very ambitious. Would you like to sell more copies than that?”

But Erickson changed his mind, helping him see a much larger opportunity for a business book that would speak to anyone who wanted to start a thriving business.

Leaning into The Book Professor’s Framework

Marcel had plenty of wisdom to share. He could teach people how to start a business, how to work with different cultures, and how to connect an untapped market with a new technology. Besides, he had already been working with mentees in other industries, teaching the principals of business through his life experience.

Once he was working through Erickson’s first module—”From Concept to Concrete Plan”—he felt like ideas started to flow. The process included questions to answer, and he found the direction useful. He created the two BookMAPs® to establish the structure for the book.

However, when he reached Module Two—Write Without Ruts—Marcel was afraid his memory would fail him. When he went to work, though, he found the BookMAPs kept him going, saying, “They were able to suck memories out of me.”

He continued, “Having the weekly phone call was useful as well because it forced me to write. I had a process, a framework, and a deadline. Those were the three key things.”

The book he found himself writing was unique both to his industry and to the business book cannon. Accessible for any entrepreneur, each chapter consists of problems he faced personally, mistakes he made along the way, and the solutions he discovered.

The finished book can connect with, as well as instruct, entrepreneurs from any industry. 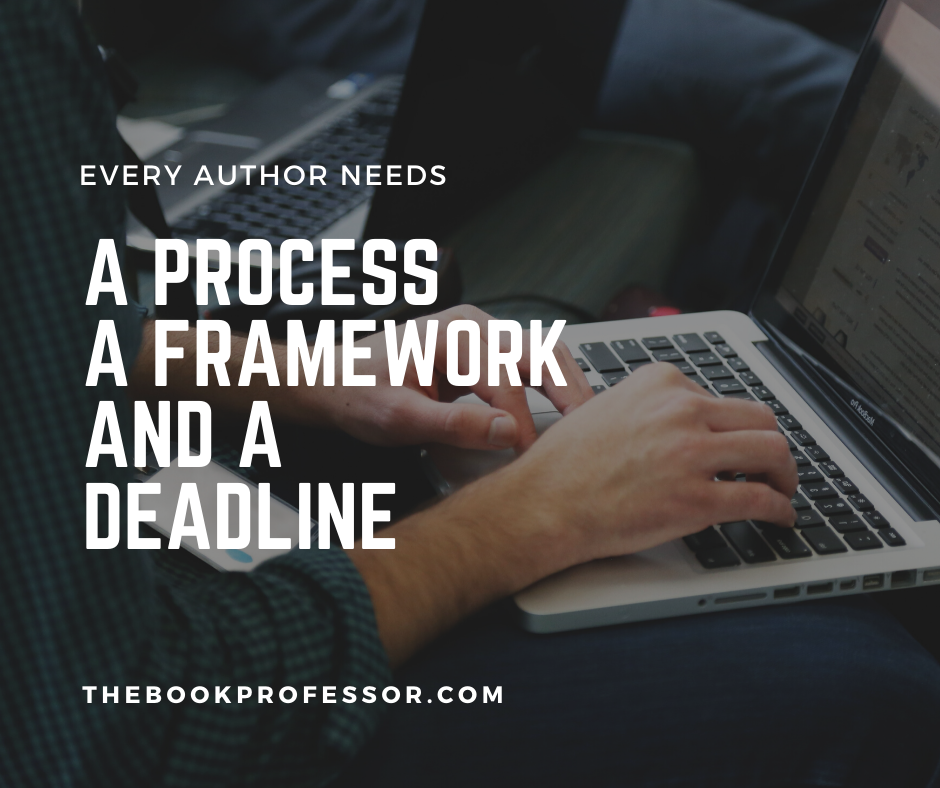 New Opportunities through a Nonfiction Book 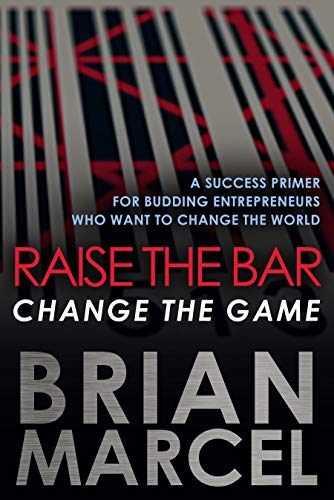 Marcel said, “The new book has provided some useful opportunities for my business. I find if you have a book, you have more credibility.”

The way Erickson helped him structure the book gave it a built-in marketing plan. He released some of the book’s takeaways through social media, wrote articles based on chapters, and gave several interviews for a variety of podcasts, radio shows, and magazines.

The media attention became a valuable part of his LinkedIn profile, and he said the book is a “good tool to move things forward.” The final chapter, “Spot the Next Trend,” hints at some of the new developments and opportunities he sees, including subscription-based models and blockchain technology.

Entrepreneurs who need a practical guide to business ownership can find Brian Marcel’s Raise the Bar, Change the Game: A Success Primer for Budding Entrepreneurs Who Want to Change the World, on Amazon.

A Success Strategy for Nonfiction Authors

The most productive people in the world know that success isn’t something you can improvise. It takes hard work, accountability, and repeatable disciplines that can become part of your daily life.

At TheBookProfessor.com, we give authors:

If this is what you need to move your career forward, create new opportunities, and get your knowledge to those who need it most, we can help.

Send us a message and tell us about your book right here.